Based in North Wales, TheMarinMan (also known as Mike) is lovingly restoring retro Marins from the very early days of our brand's history. We asked Mike to down tools for a minute to tell us all about his passion for Palisades and buzz for Bobcats! 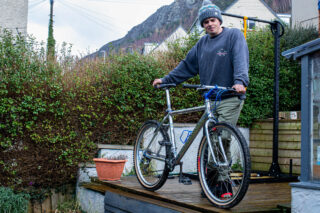 Who is The Marin Man and where are you based?

I'm Mike Sharp, and I go by TheMarinMan on Instagram. I've lived all over the world but Llanfairfechan in North Wales, UK is my home.

What’s your earliest memory of Marin bikes and what was the first one you owned?

My earliest memory of Marin bikes is seeing the 1993 range stacked up at my local bike shop, WestEnd Cycles in Colwyn Bay. The purple and Grey Palisades Trail was the bike that seared its identity into my young brain.

For many years I never actually owned a Marin because I was relatively poor, which explains the lust to get hold of one. It wasn't until I was 38 when I got my first Marin. It was just pieces of a 1994 Indian Fire Trail, but even that was enough for me. 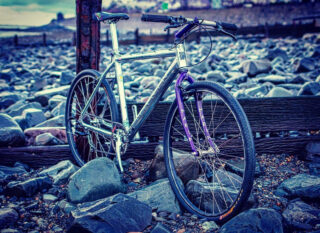 I was out fell running one day and a 1993 Marin Eldridge Grade just popped into my thoughts. I started looking for one on eBay, and searching Youtube for retro MTB restorations.

Another restorer Mark Harris (m0nkeyshred) was the catalyst to begin my quest.

What are you aiming for when you restore or rebuild a bike? Do you tend to go for historical accuracy or reimagine them as new builds?

To date, I've restored over 25 bikes.

Finding a bike with a fully original spec that just needs a polish and service is lovely, but that isn't really a restoration in my eyes. I like to find the forgotten soldiers, the refugees. The rustier and the more seized, the better.

So I guess it’s a combination of historical accuracy and custom design. The bike can often give you inspiration as you’re building it. Finding yourself unable to source a correct part can turn a rebuild into a resto-mod. 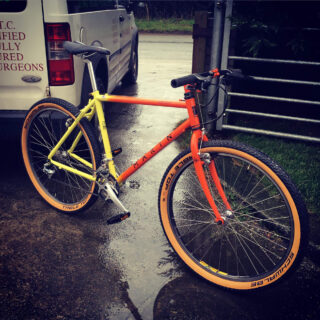 What have been some of your favorite restorations or rebuilds?

My favorite builds have been the polished aluminum bikes like the 1994 Indian Fire Trail and Rocky Ridge. Both are great bikes visually and practically.

The process of restoring battered aluminum is a war of attrition, and I think that's my favorite bit. The black and gold Indian Fire Trail was pure fantasy!

How do you go about sourcing the bikes and parts for your builds?

Sourcing the bikes is down to being obsessive on Ebay, Marketplace and word of mouth.

As my profile has gained popularity I've been getting some pretty juicy leads. I’m still waiting for Marin to give me a project though! 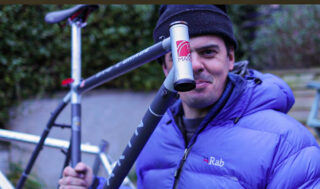 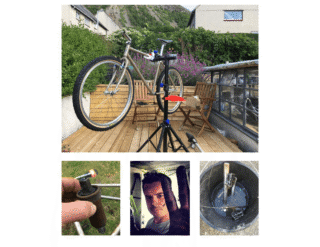 What are some of the biggest challenges you face in restoring bikes?

My biggest issue is time. I run a tree surgery business which combined with family life means my time to restore is limited.

My method is to have multiple bikes on the go and gradually piece them together and allow them to inspire one another. There are generally hundreds of parts flying around. Some fit, some don't, but they always find a home and that also dictates whether a build remains original or custom

Do you ride modern MTBs as well? How do the older bikes compare?

I was fanatical about mountain biking in the nineties and then it just dropped off the map for me. It wasn’t until that day out running when I thought about it again.

So in a weird way, I've only ever known 90s mountain bikes. However, I am pretty good at telling the difference between every Marin from 1988 to 1996 now! 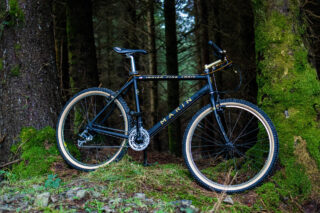 What's your all-time favorite bike that Marin produced? Have you managed to get hold of one?

My all-time favorite Marin bike was the 1994 Indian Fire Trail and I've restored two of those now, which was totally surreal. The Team bikes are still on the list and I aspire to get my hands on one of those.

To be honest, any Marin bike is a pleasure to dissect and rebuild, the beauty of restoration is the process.

The high-end bikes are beautiful and loved by the fans, but I get the same buzz restoring a Bobcat Trail or a Muirwoods. Restoring team issue bikes with full Shimano XTR isn't my bag unless somebody wants to give me a massive bag of cash! 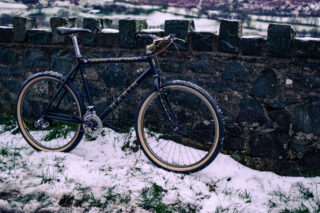 Thanks to The Marin Man, AKA Mike for taking the time to talk to us. 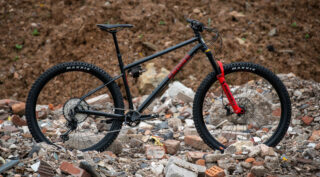 Why We Love Steel Bikes Here at Marin... And What Those Series 1,2 and 3 numbers mean!

We've been making steel bikes for 35 years and have no plans to stop any time soon. Here's why we love steel here at Marin and what our Series 1, 2 and 3 frames are all about. 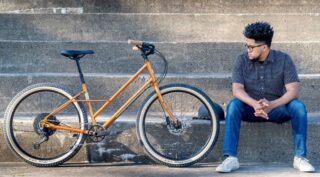 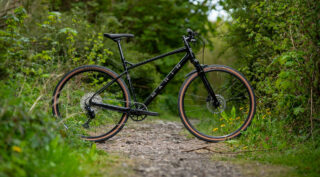 What's the Best Gravel Bike For You to go Beyond Road?