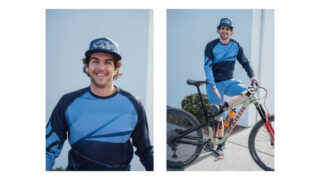 (Obviously said in an alien voice) My name is Owen. I like riding two-wheeled contraptions down rocks.

I've ridden mountain bikes since 2013 as well as a little bit of BMX. Like most people starting a sport I didn't necessarily have a "natural" talent for riding straight away.

Growing up at 8000 feet in Colorado our riding season is super short due to harsh winters. When I first discovered bikes, I rode nearly every day in the summer and in the winter I'd hop around in our garage doing small trials moves on coolers. I was in love with the sport and rode a ton. I went on to race enduro but realized that racing took the fun away from riding my bike, so told myself to just enjoy riding for the way it should be... for fun. It was also nice to not focus on a certain discipline.

I love riding everything, from skateparks, dirt jumps, bikepacking and downhill. I love doing it all. Although I realize riding and doing all the disciplines has made me a bit of a jack of all trades, and a master of none!

In 2021 I was sharing a few video clips and photos with John Oldale, who runs Marin's social media. John was kind enough to help get me on the team and I've been officially working with Marin since January of 2022. 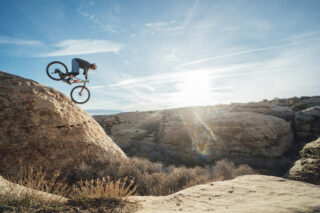 I'm a sponsored rider for Marin. I create content for Instagram, TikTok and YouTube, both on my own channels and Marin's - we have some really cool projects coming out this year, but I can't say too much about those just yet.

I get to ride amazing bikes and make content. It's basically everything I've ever dreamed about, I have a lot of fun doing it. 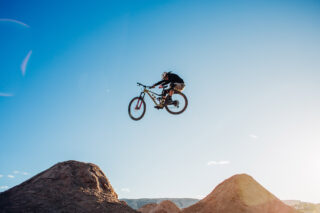 I've always dreamed about riding professionally and working with brands while creating content.

This amazing opportunity, as well as Marin's motto "Made For Fun" really align with what I want to do and why I love riding bikes. It doesn't really feel like work at all, which is why I love it.

What Was The Best Day You've Had At Marin So Far?

So far shooting the Koko Loco video has been one of my favorite days, just tons of filming and riding. I can't wait to see what fun things I get to do for the rest of the year!

<p>A coffee cup, tons of sticky notes, unanswered emails, and at least a pound of stickers.</p> 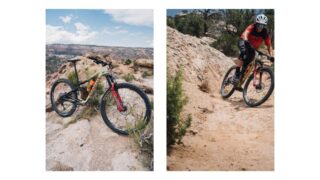 I own a Marin El Roy, an Alcatraz, and an Alpine Trail XR. The Alpine Trail is my go-to machine for just about everything. Although the El Roy and Alcatraz are both a hoot!

It would have to be "Scary Movie!" Ha - if only someone would make a movie called "Loves Back Wheel." 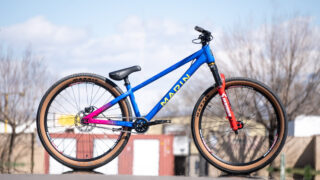 It's got to be a good burger and a beer, but they're also my downfall when it comes to fitness.

Aside from bikes, I'm a fisherman and an outdoorsman and really enjoy working on my vehicle and motorcycle. Tinkering with mechanical things and doing different sports help me to have a balance between riding my bike, and riding my bike too much. I've found that fishing has been a really good balance between the madness of riding a bike and the peace of sitting by a high mountain lake or river, it's also a really nice hobby to have if you injure yourself as it's not super physically demanding. 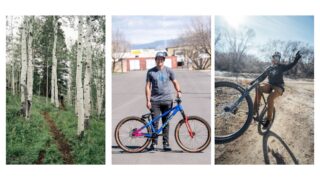 "Let my people go surfing" by Yvon Chouinard, it's the story of how Patagonia's founder started their brand and how they approach their business.

Keep it light, keep it fun and push yourself but don't hurt yourself.

And, cheers to the greatest man-made machine ever created, the bicycle! 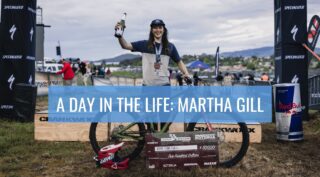 A Day In The Life: Martha Gill

Enduro racer, festival organiser, musician and all-around awesome human Martha Gill never sits still for long. She spent last winter in NZ, a brief spell at home and then jetted off to the USA before the EWS season starts. We pinned her down for a quick chat about what a 'normal' day looks like!

Which Marin Rift Zone Is Right For You?

Carbon or aluminum, 27.5" or 29" There's Marin Rift Zone out there for everyone, but which one is right for you? 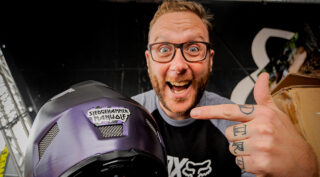