To be riding in Crankworx is a Huge achievement for me. In 2018 I competed in Rotorua and Whistler speed and styles. In 2019 I have gained a spot in speed and style, pump track, dual slalom, air dh, and best whip in all three stops of the tour. It is a dream come true to compete on the Crankworx tour.

Professionally building Bike parks and Trails is a big highlight in my Career. I pursued building in communities across Canada to create a career around doing what I love. This eventually lead to traveling across the world building and riding. Building in different communities, and meeting new like minded people along the way is awesome.

This was the first time I took first place at a contest. It was funny because I signed up for pro category, but somehow ended up qualifying in amateur category. I got to ride with my friends, and landed on top of the podium.

The Alcatraz is my favourite set-up out of my bikes.

It’s my favourite as it is so capable and playful in many styles of riding. 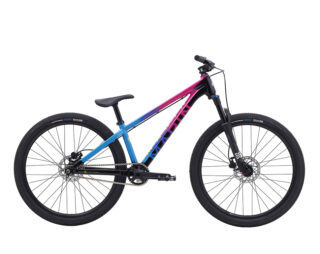 The Alcatraz allows the rider to follow in Matt Jones’ footsteps to build and personalize the best dirt jump bike possible. At home boosting your local 6 pack, ripping up the pump track, or hitting the local skate park the Alcatraz has what you need to take care of business.
View Bike